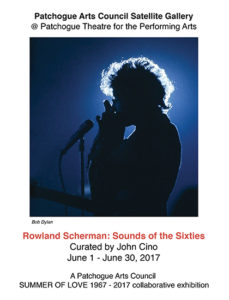 Rowland Scherman was the first photographer for the Peace Corps in 1961, documenting the work of volunteers all over the world. His photos helped define the image of the agency we know today. He became a free lance photographer in 1963. His photographs appeared in Life, Look, National Geographic, Time, Paris Match and Playboy among many others. He photographed many of the iconic musical, cultural and political events of the 60’s including the 1963 Newport Folk Festival, the March on Washington, DC, the Beatles first US concert and Woodstock. He traveled with Bobby Kennedy on his campaign for the presidency, went on tour with Judy Collins, was in the studio when Crosby, Stills and Nash recorded their first album. In 1968, he won a Grammy Award for the cover photo of Bob Dylan’s Greatest Hits.He has continued to shoot portraits, fashion photography and photo essays including “Elvis is Everywhere”, “Love Letters”(a freestanding human typeface), and “US 11” documenting life along the Alabama highway.

He currently lives on the Cape and continues to capture the light he sees in people through his stunning and thoughtful portraits. 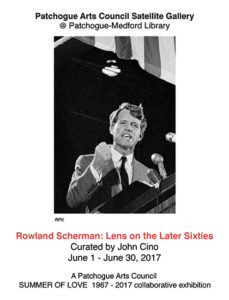