Most artists intuitively combine all elements in a work creating a harmonious (or discordant) whole. However, some artists choose to focus their attention on an individual element, be it line, shape, or color. Each of the artists of Linear Constructions places emphasis on line and uses line specifically to construct unique forms.

Ellen Dickenson uses traditional coil basket techniques that build upon a spiraling line to create organic structures. As she weaves her sculptures, imbalances are introduced which offset the symmetry of classical basketry. The woven lines create three-dimensional surfaces confounding the viewer’s sense of interior spaces and exterior forms. The sculptures take on lives of their own responding to the forces of nature that surround them.

Wire is the medium favored by Naomi Grossman. Naomi turns contour line drawings into three-dimensional forms, effectively ‘drawing’ in real space. Her delicate meandering lines serve multiple functions. Line has traditionally been used as the building block of letterforms, which then build to create words and language. Look carefully into her works to see and read embedded texts.

Larry (Lawrence) Monat makes paintings in programmatic series. In the works exhibited here, he began with a distribution of organically flowing lines. By turning his canvas on each side and letting paint drip downward he creates a matrix. Over the matrix he builds layers of color which compliment his line and create a dynamism between the two dimensional reality of the canvas and the illusion of spatial depth. 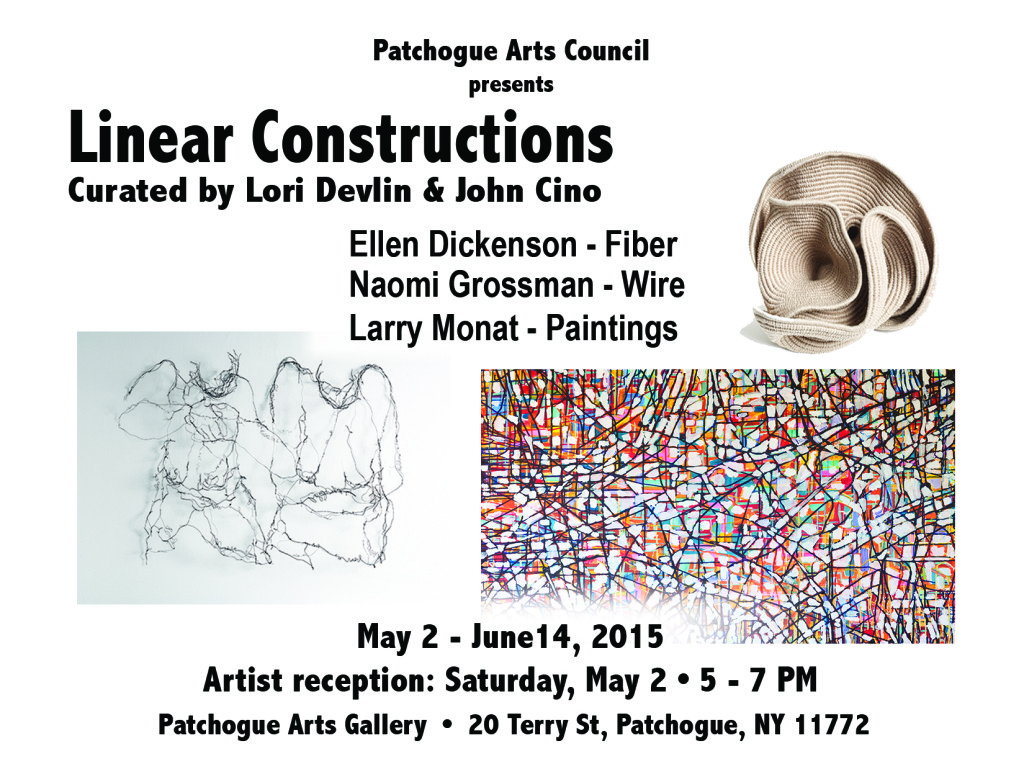