You may know Rowland Scherman by name, or you may not. His iconic photographs have been hanging around Patchogue in both the library and theater lobby as part of the Patchogue Arts Council’s “Summer of Love” tribute. 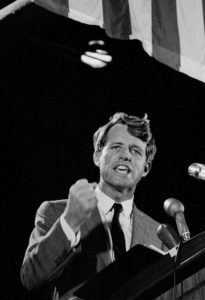 Scherman was the first photographer for the Peace Corps in 1961, documenting the work of volunteers all over the world. His photos helped define the image of the agency we know today. In 1963, he became a freelance photographer, frequently published in Life, Look, National Geographic, Time, Paris Match and Playboy just to name a few.
He photographed many of the iconic musical, cultural and political events of the 60’s including the 1963 Newport Folk Festival, the March on Washington, DC, the Beatles first US concert and Woodstock. He traveled with Bobby Kennedy on his campaign for the presidency, went on tour with Judy Collins, was in the studio when Crosby, Stills and Nash recorded their first album. 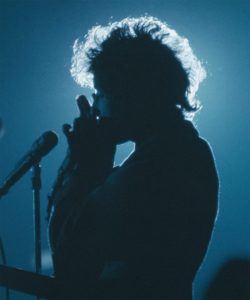 In 1968, he won a Grammy Award for the cover photo of Bob Dylan’s Greatest Hits.He has continued to shoot portraits, fashion photography and photo essays including “Elvis is Everywhere”, “Love Letters”(a freestanding human typeface), and “US 11” documenting life along the Alabama highway. He currently lives on the Cape and continues to capture the light he sees in people through his stunning and thoughtful portraits.
Ahead of Tuesday night’s screening of the documentary “Eye on the Sixties: The Iconic Photography of Rowland Scherman,” at the Pat-Med Library, Scherman answered a few questions about his craft.
What are your earliest photography memories?
Scherman: At Yosemite [National Park] with a little box camera. I thought the pictures I made were amazing–professional, sharp interesting. No one looked at them for more than two seconds. And I was interested in baseball anyway.
How did that hobby transform into your career?
It never was a hobby. I always took it quite seriously, and it was easier than writing or painting. In 1957 got a entry level summer job at the LIFE magazine darkrooms in NYC. I met the pros, saw the process, bought a real camera, and told myself I could do what they did.  I was partly right.
What inspired you to get involved with the Peace Corps?
Inauguration, 1961. JFK made that speech about doing what you could for your country.  I had no plans for my life.  So I told the Peace Corps they needed a photographer—invented the job.  I traveled the world.  Of course the story is longer than that facile way of saying it.  Doing the work, helping my country, was what made my “pro” career.
From there, it seems like your career was one adventure after another. Did you know these moments were going to be iconic as you photographed them?
They were jobs. Assignments.  I knew some of the events I was covering were historically important, but mostly I was just trying not to screw up.  A lot of my stuff now seems historically important, because a half century has gone by since those events happened and the people who participated in those events have become legendary.
Does your style evolve when you shoot different subjects, say, a politician versus a rock concert?
My style hasn’t changed.  I started as a photojournalist, but have segued into fashion, some advertising, PR, essentially shooting in a way I hoped the viewer–or client–would be affected in a positive way.  Every, or most, photographers have a singular way to visualize their subject matter.
Who or what was your favorite thing to photograph?
There are too many to list. It is one of the great perks of being a journalist to get assigned to photograph your heroes.  The Barbara Walters assignment was a good one.  Hanging out with Judy Collins and her pals was great fun. An honor to photograph Jackie Robinson, Duke Ellington, Joan Baez, John Lennon of course.
How do you land the perfect shot? Good luck? Being in the right place at the right time?
Good luck is certainly a great part of the mix.  Being prepared for the good luck is, of course, the key to cashing in on it.
One of your most iconic shots is the cover of Bob Dylan’s Greatest Hits. How did you swing that?
You’ll have to see the movie, Eye on the Sixties, by Chris Szwedo.
What are you up to these days?
I do a lot of graphic design, printmaking, etc with a view perhaps to start painting again.  Certainly more art projects—utilizing elements in my photography as a basis for creating graphic structures.  Also books which will contain my “greatest hits.”
Any advice for novice photographers?
Simply stated: Learn Chinese.  Ha ha.
Language IS communication, and there’s a big beautiful world out there.  Being a good listener is also vital. Go to museums to see what kind of images, not only photographic ones, have great artistic impact. Importantly, get so familiar with your equipment that you don’t have to think about how to use it. Make it so familiar to you that you know the results you will get without worrying about it.  Make your camera an instinctive extension of your own vision.
Come see some of Rowland’s work and get a chance to talk to him Tuesday, June 26th at the Patchogue-Medford Library.
More info on the event here.
Previous Post: « Newsday Article: 1967’s hippes…
Next Post: ACES Mag Article »